Here is a link to an excellent blog post from Chris Johnson, PT regarding return to running. He highlights 11 major factors in making the clinical decision to allow a patient to return to running, which often are ignored. Please take a read!

ACL injuries and other such knee ligamentous pathologies are by far some of the more common and more devastating injuries in sports. Each year 2,220 ACLs are expected to be torn just in female college athletes alone with basketball players having the highest percentage. Some people attribute this preponderance of injury in women to a number of factors including narrowness of the intercondlylar groove of the knee, strength, flexibility and endurance. However, the current literature seems to consider jump landing strategies as function of neuromuscular control to possess the strongest causal link. This idea is reasonable as the mechanism of injury for ACL tears are deceleration/change of direction non-contact injuries with the foot planted. Thus if an athlete lacks control at the knee each time he/she lands the force from impact would be placed passive structures since the active structures don’t fire correctly thus potentiating the risk of injury to ligaments etc.

Due to this knowledge jumping programs focusing on correcting the valgus angle or frontal plane strategies have been initiated. These programs have had success but what researchers, therapists and coaches have trouble with is finding a way to fit these jumping programs into existing strength and conditioning programs. Most studies for valgus prevention utilize programs that last 6-8 weeks and each session can last 20min-1hr, which in the realm of athletics is too long to add to what typically is a very tightly scheduled regimen and programs that long may present problems with compliance . What Lee Herrington’s study examined was whether or not a program in 4 weeks, 2 times a week, for 20min per session could result in the same benefits of the longer jumping programs.

The study took place in Manchester, UK and the subjects were 15 female collegiate basketball players with no history of ACL or other such knee pathology. He evaluated knee “function” through three measures; 1) knee valgus upon landing from a depth jump to simulate a player landing from grabbing a rebound or finishing a shot, this was done via a digital video recording 2) He had the players run from half court to the foul line and shoot a jump shot, this was done to evaluate the players in a functional movement pattern specific to their sport and since the players would more likely concentrate on making the shot it than jump “correctly” which would expose their more normal jumping and landing strategies. Again the valgus angle was recorded via a digital video recording 3) The players were tested on lower extremity power by having them perform a cross over jump test. The test required the players to jump on one leg on diagonals across a line three times with the goal of traveling the farthest possible with 3 reps/jumps.

All subjects were evaluated on all 3 measures at pretest and then initiated a jumping program where they were first educated on how to land correctly with the knees in line in a “sagittal plane strategy” and performed all exercises with close monitoring for form. The program consisted of various plyometric and agility exercises with some basic strength components as well. All subjects completed between 10 to 12 sessions and were all instructed not to perform additional training on the day of each session. The researchers evaluated the test retest reliability for each measure on 5 players independent to the study to evaluate for error and all were found to have high reliability and very small amounts of difference between measure for each recording. The minimal statistical change for the depth jump was 1.2deg, 2.2deg for the jump shot, and 79cm for the cross jump test.

Though the subject size was relatively small and this was only tested on women it is not completely generalizable but for the athletic female population this is very applicable. And again other studies that had similar programs but were longer in duration produced benefits of similar magnitudes which suggests that these results are reasonable. The fact that this duration is effective also falls inline with accepted contemporary theories on strength training in that the early gains (under 6-8weeks) in strength and function are more based on neuromuscular adaptations rather than muscle hypertrophy. One must also consider again that since this study was done in a much shorter amount of time future programs like this should have less of a problem with patient compliance. In the future I would like to see a study that evaluates the results of a jump training program conducted in 4 weeks and evaluate the valgus angle 4 weeks after completion of the program to asses the retention of these skills and compare those to a training program under a longer treatment duration. A study analyzing the trend in valgus angle decreases after a 4 week program that continues to 8 weeks would be useful as well to see if the benefits constantly improve with training or if they plateau and to see if the problem lies within motor control vs muscle girth/weakness.

From a clinical aspect these results have huge ramifications for our profession. Injury prevention and performance are two avenues where therapists have the best skill set to make the highest impact. These results can be used as a selling point to coaches because not only do programs such as this prevent injury they have also demonstrated improved performance in relatively a short amount of time. Personally I would like more research to be conducted to further justify this compressed training schedule and programs for other joints such as the shoulder, back and hip. The more we can demonstrate the benefits of preventative interventions the more likely insurance will cover it especially if we can reduce risk with less cost per patient. This will not only provide more avenues for business but it will help our patients in the long run. Research drives reimbursement from insurance and reimbursement drives practice.

I have always stood by the belief that its cheaper and more efficient to prevent a problem than to fix it. Think about it, if you maintain your car and check the oil regularly and brake fluid it will cost you substantially less than paying for it when one of those components fails or in the worst case you have an accident. The same can be said about the human body, if you maintain the body and keep it healthy you can prevent tissue failure and prevent serious injury. 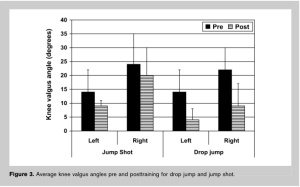 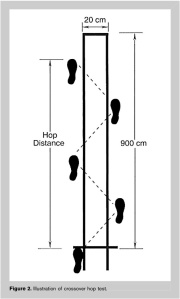 here is a link to the article

Have a great day!

This month’s issue of the Journal of Strength and conditioning has some really good content on a lot of issues ranging from sudden death preventative screening to knee valgus angle decreases following a plyometric jumping program. I can’t wait to read these over in the following weeks. Stay posted for some reviews! Or take a look at them yourselves,

Improving physical activity and movement in the community, one squat at a time!

& walking at the same time

The SMRL blog is focused on providing reviews of scientific research to support the clinical practice of sports medicine professionals.