The easiest way to grasp the ECG is to first understand what it is you are looking at when you view a tracing. An electrocardiogram captures the electrical activity produced by the heart’s contraction cycle. During each heart beat there is an action potential that is propagated from the SA Node, through internodal tract, the AV Node, to the bundle of his, bundle branches and finally the Perkinje fibers (Figure 1). The electrical impulses generated from the flow of charged particles along this pathway are detectable on the surface of the skin. The detection of this current forms the basis for the electrocardiogram. 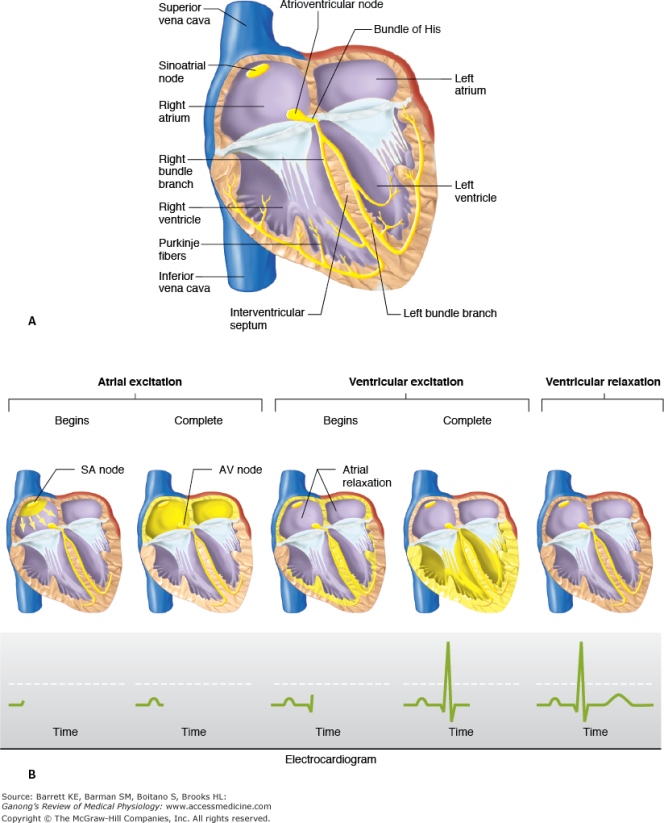 The next item you need to grasp is normal direction of the cardiac conduction system. This is best described using the concept of vectors. Remember vectors must have a magnitude and direction. Vectors that are diagonal have an x and y component to them which changes in relationship to the angle of the vector. The normal mean (average) vector of the cardiac conduction system flows in a right to left and superior to inferior direction; forming a diagonal vector (Figure 2.) It is also worth noting that during depolarization current flows from the inside-out (endocardium to epicardium) and during repolarization it flows outside-in (epicardium to endocardium).

Figure 2. The mean vector of the cardiac conduction system 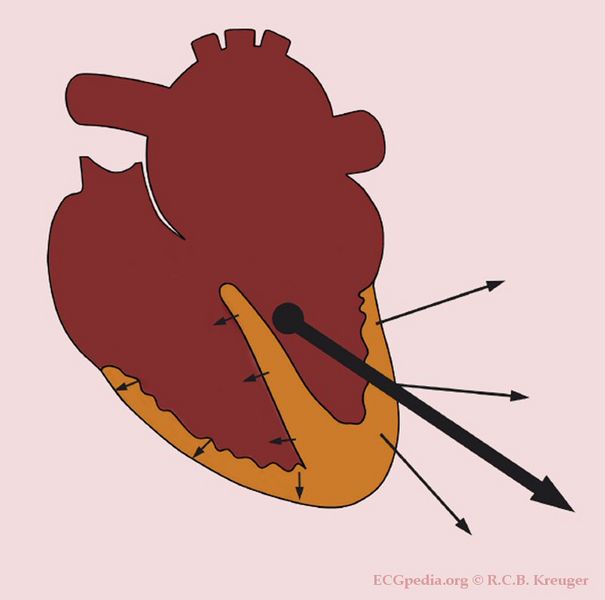 ECG leads capture a component of this mean vector. This is best demonstrated by the classic diagram Einthoven’s Triangle (Figure 3) which represents the 3 most basic leads “The limb leads”.  In this diagram there are three leads which capture different component vectors of that mean cardiac vector. The direction of the vector for each lead is determined by the location of the terminals or electrodes; negative being the starting point the positive being the ending point.

It is also worth noting that the electrodes you place on the skin can be used either as a positive terminal or negative terminal depending on the lead being analyzed at that time, the electrocardiogram sorts this out for you.

Since each lead represents a particular area of the heart and from anatomical studies we know which coronary artery supplies it, changes in those leads can reflect the function or dysfunction in both (Figure 4). This is most useful when determining the location of an infarction.

Improving physical activity and movement in the community, one squat at a time!

& walking at the same time

Where Physiotherapy Gets Logical

The SMRL blog is focused on providing reviews of scientific research to support the clinical practice of sports medicine professionals.